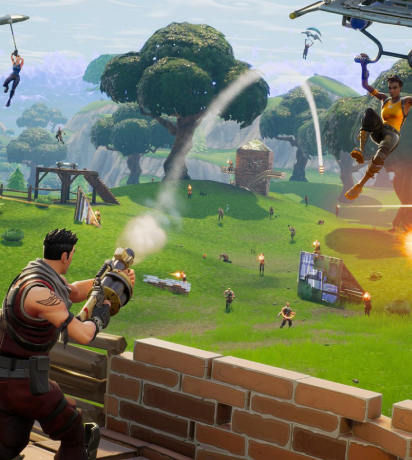 A cloud game is one that is played by accessing the company’s server and installing the given program. Without this mode of access, the game cannot be played. The ingenuity of cloud gaming is that the company itself upgrades the games regularly through video or file streaming methods

Cloud gaming makes use of high speed broadband to deliver the game of choice. Thus, games that are incapable of running independently on a system can be played efficiently using cloud gaming.

A yearly or monthly fee is paid by gamers to access the content. Gamers are directly linked to the company’s servers . The gamer can start playing as soon as he is linked to the servers, thus making it completely free from the hassles of downloading.

Pushing the boundaries of cloud gaming, Google has announced the launch of Stadia at the Game Developers Conference , 2019. Stadia will enable to stream games directly via Chrome.

Top contenders like Sony, Tencent and Microsoft have also jumped onto this bandwagon , thus making cloud gaming a much sought- after asset in the world of gaming.

The Crucial Role of Mobile Gaming

Mobile gaming is fast becoming the future of leisure time. Here’s a quick look into the reasons:

Advertisers are making hay while the sun shines. They are cashing in on the growing gaming economy and making big bucks.

Opportunities are massive for advertisers. The probability of a brand getting noticed is high given the fact that there are billions of gamers looking at their screens any given second.

Brand consciousness has quietly erased the friction between the gamers and advertisers. Ads are viewed to be more relatable and acceptable.

A quick look at other trends in gaming