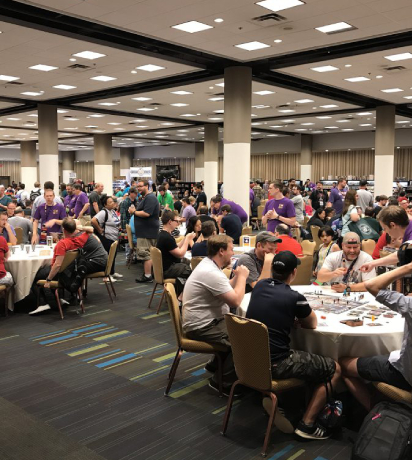 Are we living in a virtual gaming world?

The gaming industry is developing rapidly providing more space to the developers and the gamers. Every month new games are out in the market for people of all ages to enjoy and have fun. Gamers showcase their premium skills on social media sites and earn a good sum of money. The gaming communities reunite at yearly conventions to discuss new features, release new games, interaction between developers and fans for future ideas.

What makes a gaming convention ideal for hosting events?

A huge number of fans and developers will attend the event, the gaming convention center must be large enough to provide a comfortable space for everyone. The gaming events are not parties or family gatherings but they are a huge marketing center for the gaming companies to capitalize on their new products. An ideal gaming convention should provoke some external feelings in the audience as if they are in a gaming world. The gaming convention can access audio and video technologies to take people through a gaming journey and not as a mere exhibition.

Top 5 gaming conventions in the world

1. (E3) Electronic Expo Entertainment Los Angeles CA
It is the largest gaming convention in the world. Popular gaming companies like micro-soft, Nintendo and Sony launch their new games here. Till last year only press insiders were allowed to move in. but in 2018, In the history of 20 years, the audience were allowed to visit the convention.

2. Tokyo Game Show (TGS)
The first two days of the convention is for industry-related personnel. The next two are for fans. The launch mainly focuses on Japanese games except for some international game releases from Micro-soft.

3. PAX (South, East, West, Australia)
The convention hosts gaming events four times a year with regular gaps between each event. There are no announcements for this year’s event.

4. Dream Hack Sweden
One of the largest hosts for e-sports events is the Dream Hack. They spread their events all across the globe in USA, Brazil, Europe, and Mumbai, India. The event is celebrated like a festival with lots of music and e-sports games for fans and gamers.

5. The game awards
The game awards are quite similar to Oscar awards. The only difference between the duos is one has to select the favorite game for the awards. Apart from awards, new game announcements, live music, and much more fun stuff is done during the event held in California USA.